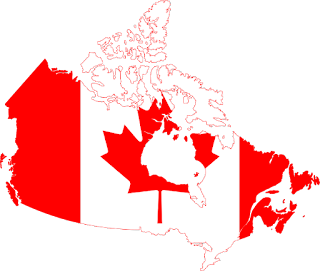 Can you tell me what makes an interactive media project successful? Is it the relation between virality and money well spent on Google Adwords campaigns? Is it a website that does not disappoint the user from the beginning to the end of the visit to it? Is it an app that is downloaded to the user's mobile and is used daily, not being forgotten, not annoying the user or not having the user take the decision of deleting it because it's taking up a lot of space in the mobile?
In this post, I'm going to give two examples of what I consider a successful interactive media project.
To find that out, I had a task: I needed to find a dermatologist to remove a wart that was bothering me for some time. To give you the two most successful examples in that field, I decided to visit five websites. Just a note: among the three websites that didn't "make the cut", there was one that the search was based on the doctor's last name. If you've never been to a dermatologist, and want to go for the first time, how can you find them by the last name?

So, here are the chosen ones:

Open Care: Just like in a quality doctor's office, you have the feeling of being well taken care of from the first moment. Or as Jacob Nielsen would say, a perfect "match between system and the real world". Despite other sites, OpenHealth goes in detail to what you need. For example, the option to find a dermatologist is not on the first page. But when I clicked on "More", the option "Dermatologist" was right there.

The next step was to tell them where exactly I was located. So I told them my postal code.

After that, they asked for my availability, if I wanted to find the soonest available dermatologist or if I didn't have any preferences about it. 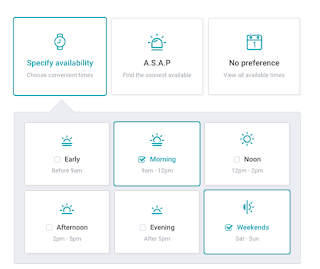 Having chosen that, the website asked me if the gender of the dermatologist was important to me!

Well, maybe I was too picky in the first attempt, so I decided to expand my preferences. Bingo! I got five names of doctors, and I could choose the best time to go. The weak point of this website was that there were no ratings by the users.

Rate MDs: that was the second website that really accomplished the task. They have a different approach from Open Care. 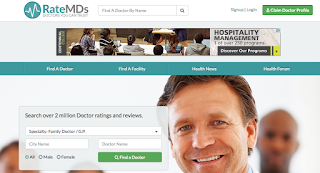 Initially, they don't ask you a lot of details about how you point your appointment to be, but they compensate it with the search results. They offered me 10 dermatologists, that they said were the best in Toronto. That's twice the number of dermatologists that Open Care offered. 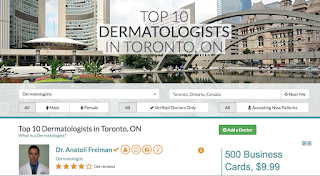 But there's one characteristic that gives them much more credibility: the users can rate the doctors. And it's a very popular community of people doing it. The weak point is that we can't check who wrote the comment, as they show the identity of the users who commented about the doctor. 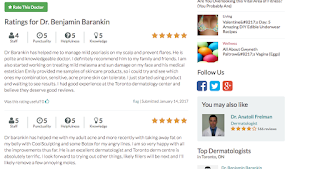 Also, they have this "you may also like"section, popping up in every doctor's pages, which can confuse the user in a certain way.
Error prevention and consistency and standards are the main usability heuristics for this website. Not that they don't have the other heuristics, but those are the most obvious ones.

Overall, Rate MDs gave me exactly what I was looking for: names of dermatologists that, after seeing the comments, I think I'll be in good hands. Different from Open Care, that I have to believe in their word, even though, as I wrote earlier, They are more specific in the search, and that can result in a better selection of doctors. I'll find it out after I come back from the medical appointment. I'll let you know, updating this post.

As a conclusion, you can view this comparative graph, showing the two websites performances in organic search results. It shows why they're are really the best options when you want to find a doctor in Canada.

How can an international student find a health insurance plan online in Canada?

When you arrive in Canada as a student, one of the first actions you must take is to provide a health insurance for your family. I already h... 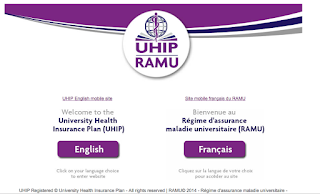